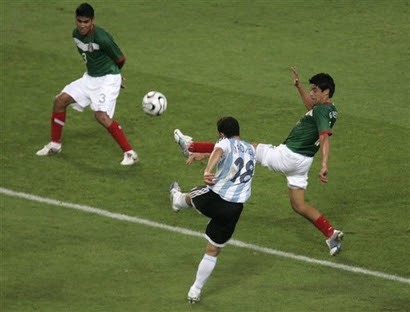 Posted by ADANIAS Boutique at Sunday, June 27, 2010 No comments:

Who of the two coaches better prepare their team or who has the best players or better capacity?
Argentina in search of revenge against Mexico?  Mexico proving that they have what it takes to win?

I can not wait any longer. Be sure to check with your doctor before watching this game .... to prevent any heart attacks!

My favorite is Argentina, but if Mexico wins will be a sweet lost. Germany's latest World Cup victory over England will remembered not for any of the brilliant goals, but for the one that didn't count?
England was hoping to beat Germany and was not helped by referee Jorge Larrionda. "It was one of the most important things in the game."  England coach Fabio Capello said. "The goal was very important. We could have played a different style."
Germany plays the winner of Argentina-Mexico, which is later around.   Who do you think will win?
Posted by ADANIAS Boutique at Sunday, June 27, 2010 No comments:

USA brings back Findley for 2nd round against Ghana 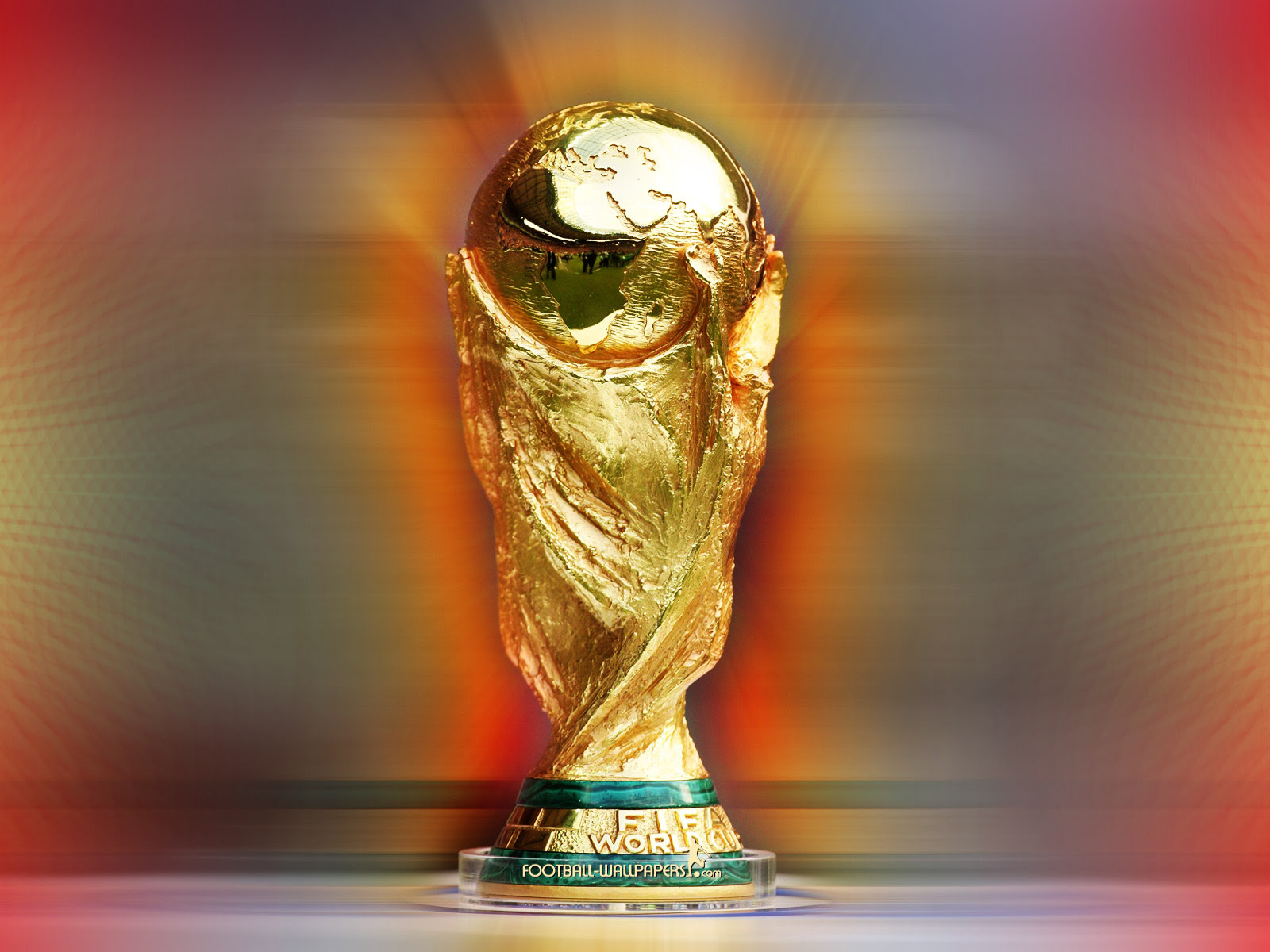 USA made two changes. Coach Bob Bradley restored forward Robbied Findley to the starting lineup in place of Heculez Gomez and brought in midfielder Ricardo Clark for Maurice Edu.
Findley was suspended for the Wednesday's 1-0 win over Algeria. Ghana made just one change as it seeks to become the third African side in World Cup history to make it to the quarterfinals.
Former U.S. President Bill Clinton is back to lend his support to the United States team for its second-round game against Ghana.  He also will be in Cape Town on Sunday to meet with members of FIFA's executive committee.
Posted by ADANIAS Boutique at Saturday, June 26, 2010 No comments:

Going into a second-round World Cup match is a big step and for U.S. is so much more. A victory they will advance to a quaterfinal matchup vs Uruguay or South Korea on July 2nd and match the farthest the U.S. team has advanced since the first World Cup in 1930!
"If we continue to build on the successes so far, we can go to the end," coach Bob Bradley said Friday.  "You want to have a team that the people who care about...and follow that team and root for that team and can feel part of," coach Bob Bradley said Friday.  "A team that people believe in and a team that people are proud of. That's part of our responsability, and we're excited in the moment that there's that kind of feeling."
In the other hand, "Ghana is the African hope now," defender Samuel Inkoom said. "We aren't going to disappoint them."
Tomorrow's games:
Uruguay vs South Korea at 7:00 am
United States vs Ghana at 11:30 am
Go Uruguay, Go USA.....
Posted by ADANIAS Boutique at Friday, June 25, 2010 No comments:

Spain and Chile - both advance. 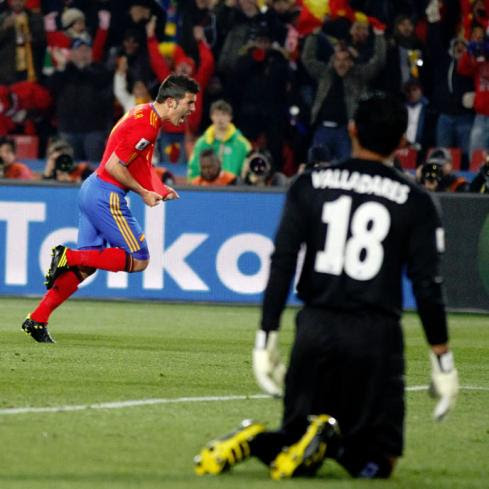 Spain learned the lesson of Italy and France. But Chile's still alive, and South America keeps on rolling.  Spain finished at the top of group H with 6 points and will play Portugal in the next round. Chile was second and will play Brazil. Switzerland was third and Honduras was last.
The Chileans will be without defender Waldo Ponce against Brazil on Monday after he picked up a yellow card in the 20th for kicking Torres.  Buena suerte a nuestros compatriotas chilenos y como siempre que gane el mejor!
Posted by ADANIAS Boutique at Friday, June 25, 2010 No comments:

Very Refreshing - Paraguay in IN!!!!! 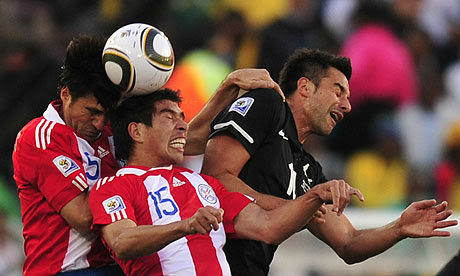 Neither team created much in the way of scoring chances, but Paraguay in IN!  Paraguay substitute Edgar Benitez sent a low shot that was saved by New Zealand goalkeeper Mark Paston in the 76th minute, probably the best chance of the match.
The Paraguayans also reached the second round at the World Cup in 1986, 1998 and 2002.  Adelante compatriotas de Paraguay, muy buen trabajo y les deseamos lo mejor!  Que gane el mejor!
Posted by ADANIAS Boutique at Thursday, June 24, 2010 No comments:

Defending champion Italy was eliminated from the World Cup with a humbling 3-2 loss to Slovakia. The italians were last, the first time they've ever finished at the bottom of an opening-round group.
Never have the previous World Cup finalist both failed to advance in the next tournament when both qualified. France, which lost to Italy on penalty kicks for the 2006, went out earlier this week. Italy become desperate in the final 10 minutes - well they did not want to go home.
Posted by ADANIAS Boutique at Thursday, June 24, 2010 No comments:

Former President Bill Clinton liked what he saw from the U.S. World Cup team so much, he's staying for the next game. He changed his schedule so he can attend the USA's game against Ghana on Saturday in Rustenburg.  "I lost my voice yesterday, I had to come home and drink hot tea with honey for an hour." Clinton said. "I was very diplomatic until we scored, and then I was up there screaming and yelling with everybody."
But, his primary purpose in Africa is to promote the U.S World Cup bid to FIFA's 24-member executive committee, which will select the 2018 and 2022 hosts in December.  Well done, Mr. Clinton - bring us the World Cup in 2018 - it will be a refreshing change.....
Posted by ADANIAS Boutique at Thursday, June 24, 2010 No comments:

They were eliminated by South Africa, which became the first World Cup host in 80 years to fail to advance from the first round but ended with a win that at least gave its fans some measure of joy.

Even in Paris, fans who gathered near the Eiffel Tower to watch the match on video screen booed their own team and cheered for South Africa!  France leaves the tournament with a single point, from a 0-0 draw with Uruguay, and a single goal. Worse, it has become the shame of a proud nation.

What happen to the champion team from 1998?  Well, there will always be another world cup and you have 4 years ahead of you to redeem yourself, your nation, your fans...

I lOVE MY CUSTOMERS! 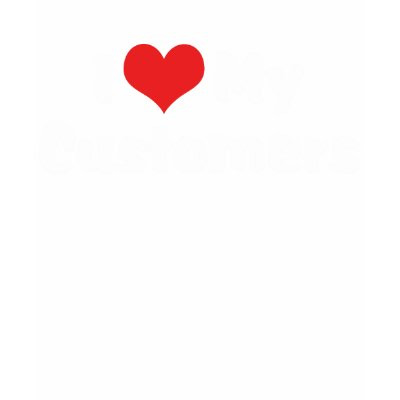 I LOVE my job and I enjoy it more when I help customers with great attitude. I just helped a customer with such happy personality that it was a true enjoyment to assist her. It was a good transaction – and I don’t mean just turnover wise but for the great reminder of why I do what I do? For patrons like her! Thank you Tricia for being such a great person and for spreading around your positive energy.
Posted by ADANIAS Boutique at Tuesday, June 22, 2010 No comments:

They aren't hungry, they are multimillionaires players blessed with fantasy lives many of their fan would give their left legs for. It's unforgivably, they're acting like spoiled brats.
Refusing to train, cursing out their coach, sulking en masse on their team bus, curtains drawn and having fits in view of TV cameras.

"Everyone in the whole world is mocking us now." Franck Ribery says. "I'm furious, becaure we're not playing football anymore."

They are a public figure, they are representing a country is their duties to keep preparing, to do their best, to die trying to win in the field and for that they MUST keep training - they own that to their country, to their fans. They don't want to train? That's is unacceptable!!!!!!

Let's see how France will play in its last Group A match against South Africa....hopefully they will rouse themselves and try to save some honor.
Posted by ADANIAS Boutique at Sunday, June 20, 2010 No comments:

The 10 most sexy worldcup players!

Posted by ADANIAS Boutique at Tuesday, June 15, 2010 No comments:

Posted by ADANIAS Boutique at Tuesday, June 15, 2010 No comments:

Reach for the Sky Fashion Show

www.adanias.net
Posted by ADANIAS Boutique at Thursday, June 10, 2010 No comments: